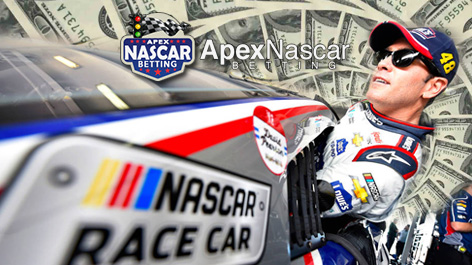 We’re eight races into the 2019 NASCAR season and now is a great time to bet on 2019 NASCAR Monster Energy Cup Series Championship futures.

The 2019 NASCAR season ends in November. The final race of the season is the Ford EcoBoost 400 on November 17th 2019 at Homestead-Miami Speedway.

Let’s take a look at the leaders in the markets through eight races.

Kyle Busch 3/1 Odds: Busch couldn’t be having a better start to his season. He has won three races already, been in the top 5 six times and he hasn’t finished outside of the top 10. He’s currently sitting at 2034 points.

Joey Logano 5/1 Odds: Logano is second in the market despite being third in points (2016 Points). Logano has already won the Pennzoil 400 and he has five finishes inside of the top 10, proving he has the speed to compete.

Kevin Harvick 5/1 Odds: Harvick is the final driver priced 5/1 or lower. He hasn’t even won a race yet this season, but he has six top 10 finishes. If he can start winning races he has a chance to win it all in the playoffs later this year.

Busch is the obvious bet and you can still get him at 3/1 odds. However, that’s low odds for a futures bet and there’s definitely better value to look at.

That brings me to my value prediction. I recommend a bet on Denny Hamlin (12-1). He’s in a Toyota like Busch and he has been having a great start to the year. He has won two races and finished in the top 10 in every race except one.

If futures betting isn’t your speciality, there’s still plenty of time left to bet on any of the remaining. Let’s take a look at a few of the biggest upcoming races. There are four races each year that are apart of the “Grand Slam of NASCAR”.

The Dayton 500 is the first Grand Slam race of the year and it has already been held, but there are still three Grand Slam races to bet on, so don’t miss out.

NASCAR betting is one of the fastest growing sports bets offered today. Learn how to BET

The Geico 500 is held on April 28th 2019 and is known as the fastest race of the season. The race is held at Talladega Speedway. Logano won the race last year and he could move up the NASCAR leaderboard with another victory.

Next up is the Coca-Cola 600 on May 26th 2019 at the Charlotte Motor Speedway. It’s the longest race of the season and is always held on Memorial Day weekend.

The final Grand Slam NASCAR race in 2019 is the Bojangles Southern 500, which will be hosted at the Darlington Raceway on Labour Day weekend (Sept 1st). It’s hosted at Darlington, which has been running races since 1950.

The NASCAR playoff schedule begins on September 15th 2019. The South Point 400 is the first race of the playoffs, so there’s lots of time to get futures bets in. If you plan on betting on Busch, I’d grab him at 3/1 while you still have the chance.

I would expect Hamlin’s odds to start tightening up if he continues his consistent form much longer. A lot of value often opens up in this future market as well. Once the playoffs start anyone can win the championship.

Since Jimmie Johnson dominated NASCAR from 2006-2010, there hasn’t been a driver to repeat as champion. That doesn’t bode well for Logano who ended up winning the championship last year by five points over Martin Truex Jr.

If you’re new to betting on NASCAR races you should spend some time reading over the rest of the content here. We walk you through every betting market available to NASCAR handicappers, plus offer up tips and strategies.