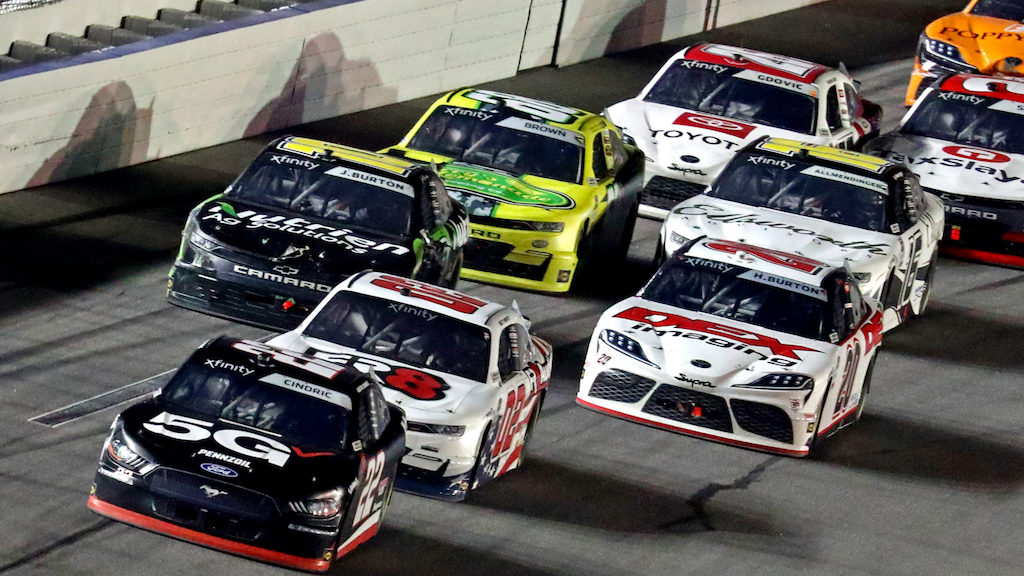 These drivers need to make a strong push now to separate themselves later in the season. Below you will see who has the best chances to win.

Top 10 Drivers That Can Win

As the next race approaches, the following drivers have the best opportunity to win. These include:

Each one will have their own compelling arguments to be made for them. As such, the odds can change for any driver at any time.

If you are looking for the winner of this event last year, you will not find him this time around. Chase Briscoe won this event in 2020, but he is now on the Cup Series racing there. Maybe you can check out our betting NASCAR in 2021 article to get some tips.

Myatt Snider is coming off of a recent victory at the Homestead Miami Speedway. He is currently ranked second in the Xfinity Series. He will definitely be one to watch as this season appears more competitive than before.

Brandon Jones came in second at the race mentioned above with Snider. He is currently ranked as the fifth-best driver in the standings and is looking to make a statement. Ever since his crash before Valentine’s Day on the track, he has appeared to step back up in the spotlight and regain control.

Austin Cindric is currently the top-ranked driver out of the Xfinity Series. In his recent performance, he placed fifth, adding another top five race to his resume this season.

Tell me, is your bookie business ready for MLB?

If you’re into betting NASCAR Xfinity Series, you know Snider and Daniel Hemric are neck-and-neck in the standings if they were to end today. As the second and third places, respectively, they will definitely have a lot of back and forth as the season continues on.

If they wanted to make a statement with a win, now would be the time. This would greatly separate their ranks and show who is the better driver.

Cindric is the clear favorite in most races since he is well out in front of the standings. He has three top five finishes and one win on the season so far.

Not only that, but Cindric also finished second at this race last season, and the previous winner is not on his radar. So in that regard, he has a lot going for him leading up to this first race in March.

After a fifth-place finish in the last race, look for him to turn it up even more. He should be able to snag a win for this one without Briscoe causing issues, but he will have his hands full with the likes of Snider and Hemric.