Jeff Gordon Back for One More Race? 7/17 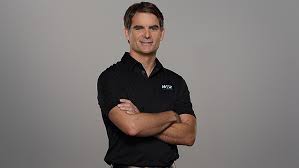 A phrase like Jeff Gordan Back for one more race has people wagging their tongues all over social media.  The motorsports legend rode off into the sunset last year into retirement.  However an unusual circumstance might have him behind the wheel one final time.  Good morning and welcome back to APEX NASCAR Betting.  Today, we look at what has most of the nation talking about in regards to the race on the 24th of July at the Brickyard.

What a coup in the cola wars could Crown Royal have for being the sponsor for this once in a lifetime return of Jeff Gordon.  What has caused this to make have occurred is that Dale Earnhardt Jr might still be in the concussion protocol program by then.  The hush on Dale’s injury was pretty complete as few contemplated that it might come to this until it was announced.  So when is the final decision to come?

Neurologist is supposed to come to a conclusion by Wednesday if Earnhardt is ready to go.  This is the point of no return line as the crew would need those next few days to prep the car for Gordon.  Jeff had been adamant about no comebacks but his last taste of the Brickyard did not go so well.  42nd place he was in as he crashed only 50 laps into the race.  This could allow him one last shot at redemption for one of the more famous tracks on the circuit.

So this is a win-win situation.  If Dale can race then his health should not be a concern for the season.  If he has to take an extra week for rest, he will come out fresher for it and Jeff makes one last appearance.  Keep track to APEX NASCAR Betting as we follow this story and will update when a decision is made.  Good fortune and we will see you next time here at APEX Nascar.